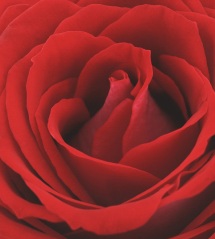 MCR1 is located on the sixteenth chromosome in the human genome.  Its full name is Melanocortin 1 receptor, or if a fancier name is needed, Alpha Melanocyte Stimulating Receptor, according to the U.S National Library of Medicine.

This little gene, discovered in 1995, plays an important role in deciding the color of a person’s hair, skin, and eyes; it also contributes to normal ocular development.  MCR1 produces two types of pigments that control the above features: eumelanin and pheomelanin.  Those who produce more eumelanin are graced with black or brown hair and skin that can be kissed by the sun.  People who produce more pheomelanin can be blond-haired, or a ginger with red hair, freckles and white skin that burns easily, contributes to the legend of vampires, and is consistent with the color of cooked lobster.

I spent the greater part of my winter break in 2012 researching what set me apart from the other students that shared my floor in Birch Dorm.  As stated by an entry on Urbandictionary.com, the number one entry on September 9, 2013, to be precise, a “ginger” is:

“A human, characterized by pale skin, freckles and bright red hair. ‘Gingers’ are generally considered to be inferior to their more melanin-rich brethren, and thus deservingly discriminated against.  Gingers are thought to have no souls.  The condition, ‘gingervitis,’ is genetic and incurable.”

I was doing this research because I experienced some playful discrimination that started after Thanksgiving my junior year and continued well into the spring semester.  At first it was small things, stuff I had heard before.  “There goes that red head temper,” someone would say. Or, “Careful, she might steal your soul.”  I played along with the soul-sucking quips because they sounded better than being called a leprechaun, a song-and-dance of an insult that had gotten old by the time I was in middle school.

As stated previously, redheads supposedly have no souls.  Therefore, they are unable to get into heaven.  The only way for them to get into heaven is to steal 108 souls of “non-gingers” and present them to the gatekeeper upon arrival at heaven’s gates.  Until then, all 108 souls must be worn on the ginger’s body in the form of freckles.  The ginger can continue to collect souls after 108, but they are stored as crystals in cabinet-like caves where the heart should be. (Apparently gingers are heartless, too.)  There is no way to know to tell if your soul has been taken by a ginger until it’s too late, and you are cast down into hell for lacking a soul.

Pitiful, really.  I elaborated on the story a little here, but this was the one told around third floor of my dorm my junior year.

At first I didn’t mind the story.  It gave me a more mysterious, harder face to show the world; compared with my normally mousey confidence, this was an improvement.  It was the questions that came afterward that I detested.

Part of the redhead myth is that we are all wicked in the bedroom.  The guys wanted to know if there was any truth to this.  I honestly had no clue and didn’t desire to find out.  That didn’t stop them from benignly teasing about the supposed men I had played succubus to.  My nickname in middle school had been Naraku, Japanese for “hell,” but I wasn’t a demon who stole souls during sex.

There is another urban myth proposing that within the next fifty years, redheads will become extinct.  Maybe this false idea combined with the “fire in bed” is the reason guys have tried to own me.  To some, redheads are a prize, something to own and brag about, like a highly sought-after item on Black Friday.  A street vendor could shout, “Redheads here, get your redheads. Claim one before it’s too late.  ‘Cuz once time’s up, ladies and gents, they ain’t never coming back.”

Thank goodness we aren’t sold on the streets. And we won’t be going extinct.  Our numbers may dwindle, but because of how MCR1 works, we will never disappear.

After what I learned that winter break, one thing became clear, and that’s how people will hate what they don’t understand.  Maybe that was the theme behind Stan Lee’s X-Men.

I get it. Redheads look different.  We don’t handle the sun well.  We have a higher pain threshold, at least if the pain isn’t heat-related.  And we need a higher dose of anesthetics during surgery.

The truth is, throughout history, redheads have been fighters.  The Romans specifically placed red-haired males in their army for their ferocity.  Those same Romans ran away from the Celts upon seeing all the red-haired warriors.  The country of Russia was named after a redheaded Viking named Rurik.   Russia even means “Land of Reds.”

Then again, I’m a pacifist. Kicking a chubby, animated character from South Park for his views on my kind will cause more trouble than it’s worth. It’s easier to take the teasing and play with it than to stand up and say, “That hurts.  Will you stop?” Redheads have no feelings, after all.

The truth is, I soldier on.  I soldier on just like a Celtic warrior.  I put on that brave face in front of peers, but I break down in private when the waves of teasing and potential hate crimes become too much to bear.  It hurts to have the MCR1 mutation that makes my hair red and skin pale. It hurts somewhere in that heart I don’t have.

Ashley Juenemann is from Baxter, Minnesota.  Writing has been a life passion for her since the time she could hold a pencil.  She will graduate from BSU with a BFA in professional and creative writing, and a double minor in mass communications and electronic writing.