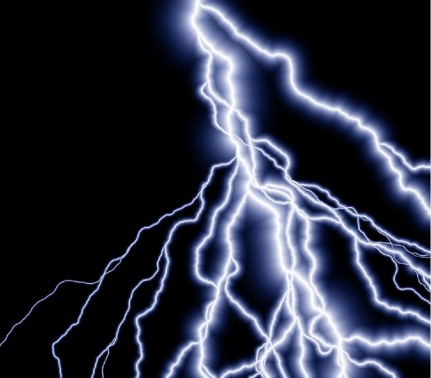 Jack who couldn’t come back. He always told me that one day I would be listening to the radio or watching the news and hear a big story about a man who did something great. He said, “You’ll say to yourself, I know that crazy fucker.”

I laughed out loud like he was full of shit. He always talked like he was the greatest man alive and could save every woman from harm’s way. He was working on my deck; he took it upon him self to fix the broken steps.  The wood was old and had deep cracks in every beam, rotting away like old food in a compost pile. The sounds of the circle saw he used rang out and echoed back from the forest that fenced the yard, a natural wall disconnecting us from the outside world. The leaves on the trees where still green and as fresh as a returning songbird after a long hard winter.  Such a delightful little piece of paradise for just him and me.

He worked on the deck ‘til the sun started going down. He wandered away, kind of dancing to the rock and roll blaring from his radio. He began to pick up sticks and brush around the yard, throwing them into the fire pit. He covered the pit full of sticks with cider branches and, with the flick of a match, the fire was burning brighter than the northern lights on a clear night. He was magic; he was charming for all of the wrong reasons.

Jack, Jack, who couldn’t come back.

Loud and rough. That’s the way he likes just about anything. Metal and chrome would cover everything if it were possible. Like a thunderstorm rolling in, you could hear him tearing up the drive. He always made a simple visit into some kind of roadside attraction. He would sit in his truck, revving his engine until I came out, even if he wasn’t there to see me. He always made it a point for me to see his crooked smile.

Can you smell the taste of gasoline? I always could. No mouthwash or toothpaste seemed to hide it. He couldn’t cover it up. Even though he could hide everything else so well. Under a mask of lies and crooked smiles, he could fool the world, but just not me.

Northern Minnesota in mild winter is the closest thing to hell freezing over.  A desolate wasteland of mindless people going about their everyday lives. I can’t even make it into the store without seeing someone doing something stupid. But who am I to judge? Every piece of metal hanging off of me is so cold it feels like it’s going to cut through my flesh. I can feel the fake gold ring hanging out of my nose. My ears are going to fall off, and my fingers feel like they already have. I’m thinking of my list, totally lost in thought about why I’m going into the store to make sure I won’t forget anything.

I always feel like an ass when I forget something I need but come out of the store with something I don’t. My mind is always moving a mile a minute, picking up detail in things like the sky and the way the clouds of nasty smoke roll out of the back of every vehicle for blocks around. Even though the smoke is killing everything, it still looks kind of peaceful as it floats into the darkness.  The warm air from the store fans hits my face as I look up. I feel the cold peeling off my cracked skin, and a sigh of sweet relief escapes me now that I am no longer a Popsicle.  Now I can relax.

As my eyes dart around, I come across his mug.

The sound of his voice is something I didn’t realize I missed so much.

I stop in the middle of the entryway, blocking the others around me because right now, everything in my head is shut down. My list of things to get is nothing but a blank, empty canvas. The cold overwhelming my body is now a hot, fuzzy, bubbly feeling flying up my spine.

He smiles and his dark eyes look me over as he talks about his place falling part and his car problems. Just daily, shitty things I can’t even really hear; I’m too busy soaking up his stare. His skin tone is normal again, not like it was a few months ago when you could tell he had been dipping back into old habits.  Dressed in black Carhartt coveralls and a matching jet-black jacket, it almost looks like he is wearing a tuxedo.

While he talks, I wonder what he is doing in the store; he doesn’t have anything in his massive hands.  Maybe he put it in his pocket, but I know he hates this store. Who doesn’t, though?  It’s the fast food of shopping stores, always full of worthless, hateful, stupid, selfish, and ignorant people.  He says my name; I come back to where we are to see he has stepped closer to me. Closer than he has been in months. Close enough to touch. I look him over again as I try to tell him how I have been, but I can’t seem to say much.

His eyes are so dark and mysterious, but I know what hides behind them. Fear, and the worst kind of fear.  The kind that haunts him every night. The kind that causes the pain he tries to drown in a bottle, something cheap and hard.  I’m spacing out on his face again. I think he realizes I’m in awe because it really has been so long.

He says, “I’ll come see you soon, when I’m not all high and drunk.”

I tilt my head back and look along my nose at him, almost through the little fake gold ring as if I were targeting him in my sight.  “I look forward to it,” I say with a small voice.

He turns and wanders out into the frozen wasteland. I watch him walk like a giant through the parking lot to his truck. It starts up like a monster and the nasty, dark smoke rises to the sky, much like the clouds I still seem to be floating on. Like that, I realize he has returned to Neverland.

Ash Freeman is from Bemidji and is a sophmore working on her general education at Bemidji State University.  She enjoys a good writing topic.