NEW! From the Editors

Flash nonfiction continues today on CRE8 as class members write about a favorite piece of clothing or other essential accessory.

It turns out we all wear armor.

Today we’re kicking off a new category on CRE8. Ink will feature pieces about tattoos and tattoo artists. Heather Wehling’s piece “Bite of the Needle” is creative nonfiction, but the category of Ink will also contain artists profiles, photo essays and any other works that focus on tattoos and tattooing.

You might also find a few pieces in Ink about why people choose not to get tattoos.

Stay tuned—we’re a work in progress.

If you like John Vachon’s photo of Mason’s Café in Louisiana, you’ll probably be interested to know that he was born in  St. Paul, Minnesota, in 1914.

He worked as a photographer with the Farm Security Administration first as a file clerk and then as one of the photographers the agency hired to document the lives of “the rural poor” in America.  You can read more about him here and here.

Vachon has a connection to Bemidji, too.  He took this photo of a used car lot in Bemidji in September, 1939. 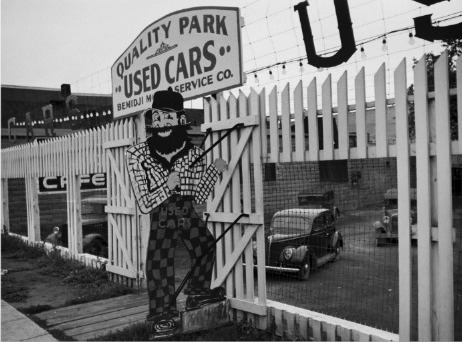 Please join us for another week of flash nonfiction. This week our topic is PIE.

Come along with the CRE8 staff as we eat countless pieces of pie all around town, and as we meditate on what pie means and does and is.

We’ll tell you all about our experiences in about 500 words.

The staff of CRE8 collaborated for this project and wrote flash nonfiction about their Saturday nights.

As Orlean says in the introduction of her book, “Saturday night is different from any other night. On Saturday night, people get together, go dancing, go bowling, go drinking, go out to dinner, get drunk, get killed, kill other people, go out on dates, visit friends, go to parties, listen to music, sleep, gamble, watch television, go cruising, and sometimes fall in love—just as they do every other night of the week, but they do all these things more often and with more passion and intent on Saturday night. Even having nothing to do on Saturday night is different than having nothing to do on, say, Thursday afternoon.”

This will be another blitz week when we publish every day. Please join us as we go to a movie, lose money at a casino, watch bull riding, or just work our shifts. We’ll tell you about it in 500 words or less, and sometimes we’ll even include a photo.

We usually use copyright free images from Microsoft Word or clip art books on our posts, but Deborah Noyes was kind enough to allow us to use her image, “Winter Dryad.” Thank you!

Deborah Noyes writes for children and adults, and is also an editor and photographer. She earned a B.A. in English from the University of Massachusetts and an MFA in Writing from Vermont College. Her books include Captivity, Angel and Apostle, and Red Butterfly — along with many others. Her new novel, Plague in the Mirror, is “a sensual paranormal romance” and will be released in June.

Please visit http://www.deborahnoyes.com to learn more about her.

No, CRE8 didn’t censor Maria Gartner’s story, “We Are the Bogeymen, We Are the Bogeywomen.” The black boxes are there on purpose, put in place by the writer.

That’s the format Maria Gartner used when she turned in the story for my Writing Fiction II class, and the effect was extremely powerful. Not only did I find myself imagining the words intended by the author, but I also thought of other derogatory slurs that have been used to hurt and intimidate.

Sometimes a blank space on a page can be terrifying.